RACE, WHITE PRIVILEGE & TAKING A SEAT AT THE TABLE 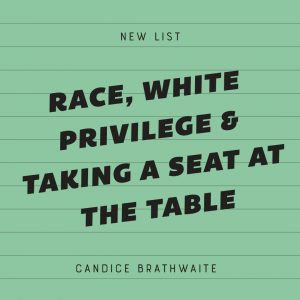 Candice Brathwaite has opened my eyes to many things, not least owning your story and being bold in your ambitions. She has also shed light on issues that had otherwise not been on my radar. Here she talks about that in more detail: