Emily and I grew up in a tiny village in Buckinghamshire (Drayton Parslow for anyone local), since then Emily has lived all over the world.

Thanks to the internet I have been able to swoon over her ‘New York Years’, but as ever those pixels don’t tell the full story, here’s what was going on as Emily navigated pregnancy and birth in Brooklyn:

• If someone had told me ten years ago, you are going to become a mother in New York, I’d never have believed them. But it happened.

• Little did I know when I breezed through my first pregnancy, what was in store for the coming months and years.

• When I was on a location job, a producer noticed me rubbing my belly. She told me I’d be wise to keep it under wraps for as long as I could if I wanted to keep clients.

• I was SO shocked. Hiding a pregnancy?

• I had been recommended a midwife from a friend and colleague and so I signed up with their practice, which was covered by our insurance.

• I had expected some kind of a bond, to feel special. But no.

• They had to keep looking at my notes as if they couldn’t remember who I was on each visit. Too many patients I guess.

• I had a 12 week scan, where in the US you can find out the gender. We opted out. A surprise.

• I’m now wise to all this. I’m not sure if it’s paranoia or financial gain…. probably both.

• They also like to weigh and measure. Making you feel guilty if even an extra ounce in pregnancy weight is gained. Weigh ins –  like a boxer or a calf being fattened up for market.

• Apart from one scare, my pregnancy went like clockwork. I was fit, active, very few side effects apart from awful indigestion and round ligament pain.

• My one scare took me into emergency in Brooklyn, and for this, I was sent a $1,200 bill, even though I had insurance. I fought this on the phone until I won.

• We decided to deliver in Brooklyn. the hospital was just up the street. It’s just a quick in and out.

• They try to keep you at home until you are about to drop the baby. And pack you off almost as quickly as you arrive. What could go wrong?

• I went into labour right before my due date. Intensely. I couldn’t sit down from the minute my waters broke.

• I could almost feel my midwife roll her eyes down the phone when I said my contractions were really intense and my waters had broken. Stay home she said, you’ll have hours.

• Secretly, I was happy she was the one on duty. Despite her austere appearance she seemed far more together than my other option.

• So we waited. I think I must have stayed at home pacing and contracting until I could bear it no longer.

• When we came into triage – still the looks of disbelief. Go home. But I was adamant. It was 1.30am and I was still only 1cm, but could not lie down for a second. I had been in active labour for 8 hours.

• In America. No gas and air, no cups of tea, no cosy feels. All for a meagre $35,000 per childbirth. Thank goodness we had insurance. Even if it proved to be rubbish. Our portion would end up being around $7k. 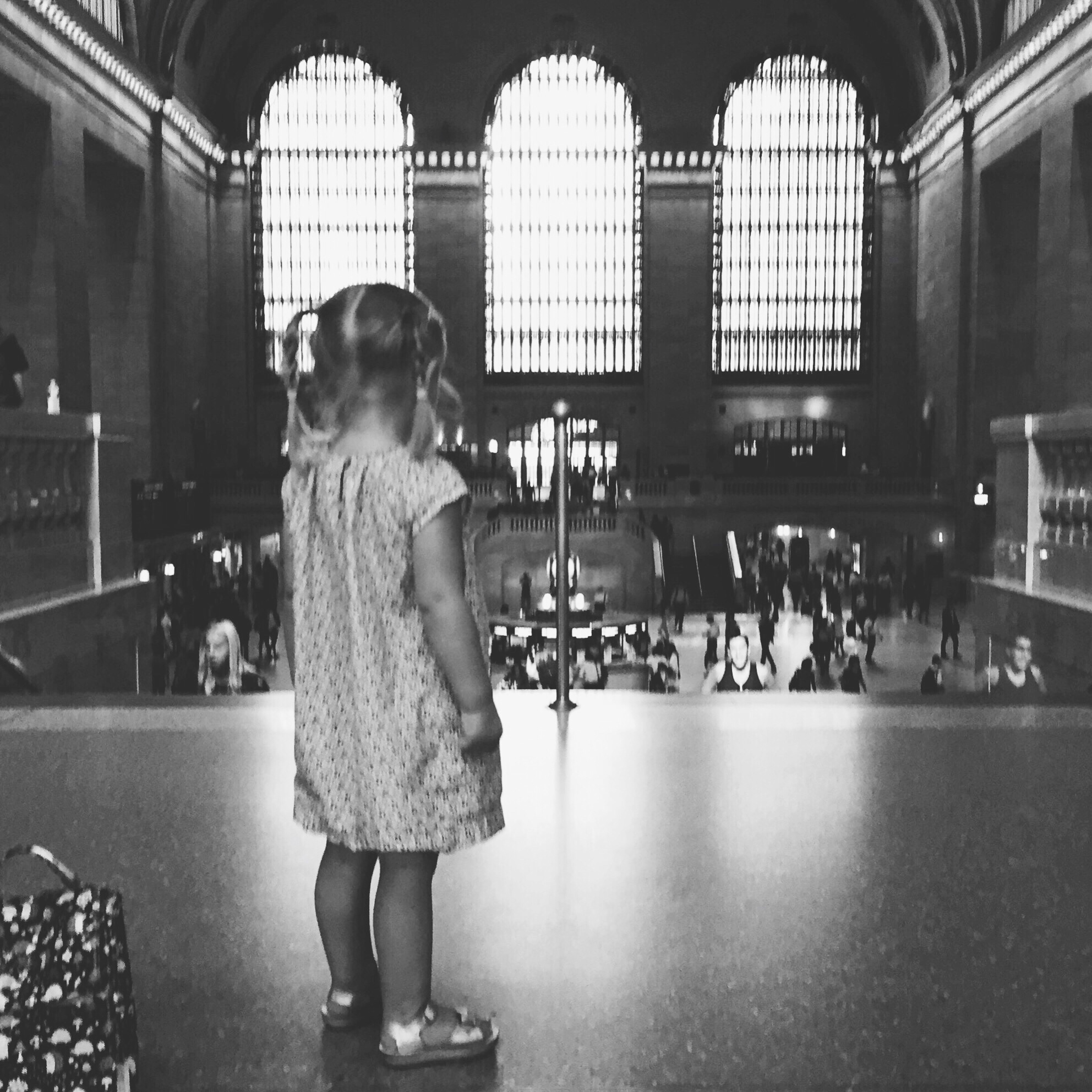 • So those eyes rolled once more. We are in for a long wait.

• Labour was intense… after a couple of hours I could bear it no longer and we discussed a tiny bit of pain relief.

• A tiny bit means going through the whole rigmarole of getting an epidural, and only letting a little bit through. No middle ground.

• In between searing bouts of pain, they had me sign paper after paper. There was a huge stack. After a while I don’t even think the signature looked like mine.

• My mum then asked if she could sign it for me it all seemed so ridiculous at the time, I could barely hold a pen.

• 8cm… in a matter of minutes. Almost there, I opted out…

• Evie Belle arrived at 5.08am just over 3 hours after I arrived into labour and delivery.

• It was only at that point that my midwife had a real connection. She looked at me knowingly and admitted. “You were right”

• She also then admitted she had never seen such intense contractions without any pain relief but hadn’t wanted to scare me earlier by revealing this.

• I’m not sure if everyone feels this connection after a birth because of endorphins. I wish the connection had come earlier in the pregnancy but I felt more like a statistic than a person at the time.

• There was some kind of a commotion around her that I couldn’t make out. She was going to be taken to intensive care, she wasn’t breathing correctly.

• I was allowed to hold her for a minute or so. No skin to skin.

• No bonding moments of joy.

• She was gone. And I lay there in utter shock as to what had happened. 11 hours of extreme labour without pain relief. Then. Nothing.

• My Mum looked calmly at me but I could see the fear in her eyes.

• Having lost her own son, my brother, only 2 years before, we were a frayed family and this event, the birth of a first grandchild, was huge.

• When she had asked if she could be at the birth, at first I was uncomfortable. But then I thought why not? What is there to lose?.

• My mum and my husband were my labour dream team.  It brought us all very close together. I had originally wanted a Doula.. Erykah Badu was my choice. Brooklyn based. Mum wouldn’t have had that. As if in a million years I could have actually booked her.

• After a short while Daryl returned to say that Evie Belle was being kept in NICU, for at least a week. I was in shock. She would be medicated – antibiotics.

• The Doctor came to visit me.

• She opened her speech with, ‘We aren’t going to have tears now are we’. And ended it with, ‘I hope you aren’t going be the kind of parents who ask, when is my baby coming home, all the time.’

• My response – “What kind of parents don’t ask that?”

• The following week tested our strength. I was only allowed to stay in the hospital one night, Daryl not at all. Insurance doesn’t cover it. No space. I only got to see Evie hours after she was born. I think they advised me not to try and feed her until the next day. It’s a blurry memory.

• When I did eventually get to hold her and try to feed. I had to sit in a cheap plastic chair right next to her. Uncomfortable, with no idea what I was doing and no help or support.

• I left the hospital without her the next day, grief stricken.

• I travelled back to the hospital every three hours to feed her for a week. I would try to do two feeds, then head home for a shower and then straight back.

• One time, I was running a bit late and they held the phone, saying “do you hear that? It’s your baby screaming. We should give her formula”. But I raced back.

• The next time, I was too late. They gave her formula without my permission.

• So, I succumbed. I would arrive at the hospital at 5am. Stay until midnight and miss just one feed. When I could pump in bed at home, just to take more than a 2 hour break.

• There was nowhere offered for me to rest between feeds when I stayed there, I had to sit on the floor in the corridor.

• Having this experience taught me 3 really important things.

• 1 I felt physically weak and ill unless Evie and I had skin contact during that first week. As soon as I got her on me, it was like healing by magic.

• 2 Having her inside a NICU for 7 days, is so short compared to some. We were very, very lucky.

• 3 We didn’t arrive home with a 1 day old baby without a clue what to do and ZERO help or postpartum follow up.

• By the time I got her home, I felt like our feeding routine was down pat. Silver linings, glass half full and all that.

• I now find it very hard to read and hear of mothers who have lost newborns, or had a stillbirth. Empathy swells in my chest when I read of such tragedy. I can understand a tiny part of how it feels to be without your newborn, physically, but only a tiny part and for a very short time. And that, is what makes me feel utterly lucky and horrendously grief stricken for those mothers… all at once.

• When you do get home with your newborn in the States. There is no home visit, no midwife to support you. No breastfeeding support, unless you pay. Even more on top of your insurance co-pay, which for most is around $5,000 – $7,000.

• The paperwork involved with having a baby is more than any normal head can cope with, let alone the tired, frazzled head of a new Mum.

• The busy streets become your daily routine. The playgrounds and parks, coffee shops – your stomping ground.

• I was lucky enough to have my Mum with me for two weeks. It wasn’t enough. Once she left the country, and my husband started working again. The loneliness was engulfing.

• I had connected with 3 other mothers on a forum and we met when 7 months pregnant. We set up a group text that pinged all day, twenty-four hours a day. My support. My rocks.

• To this day, with our eldest all being 5 years old… that group message still pings. It was my lifeline in a big lonely city. Where becoming a mother is perhaps more daunting and complicated than in other place. Without family. Without any NCT or community support.

• But we did it. And I’m proud we got through it. I have two tough little New Yorkers now. 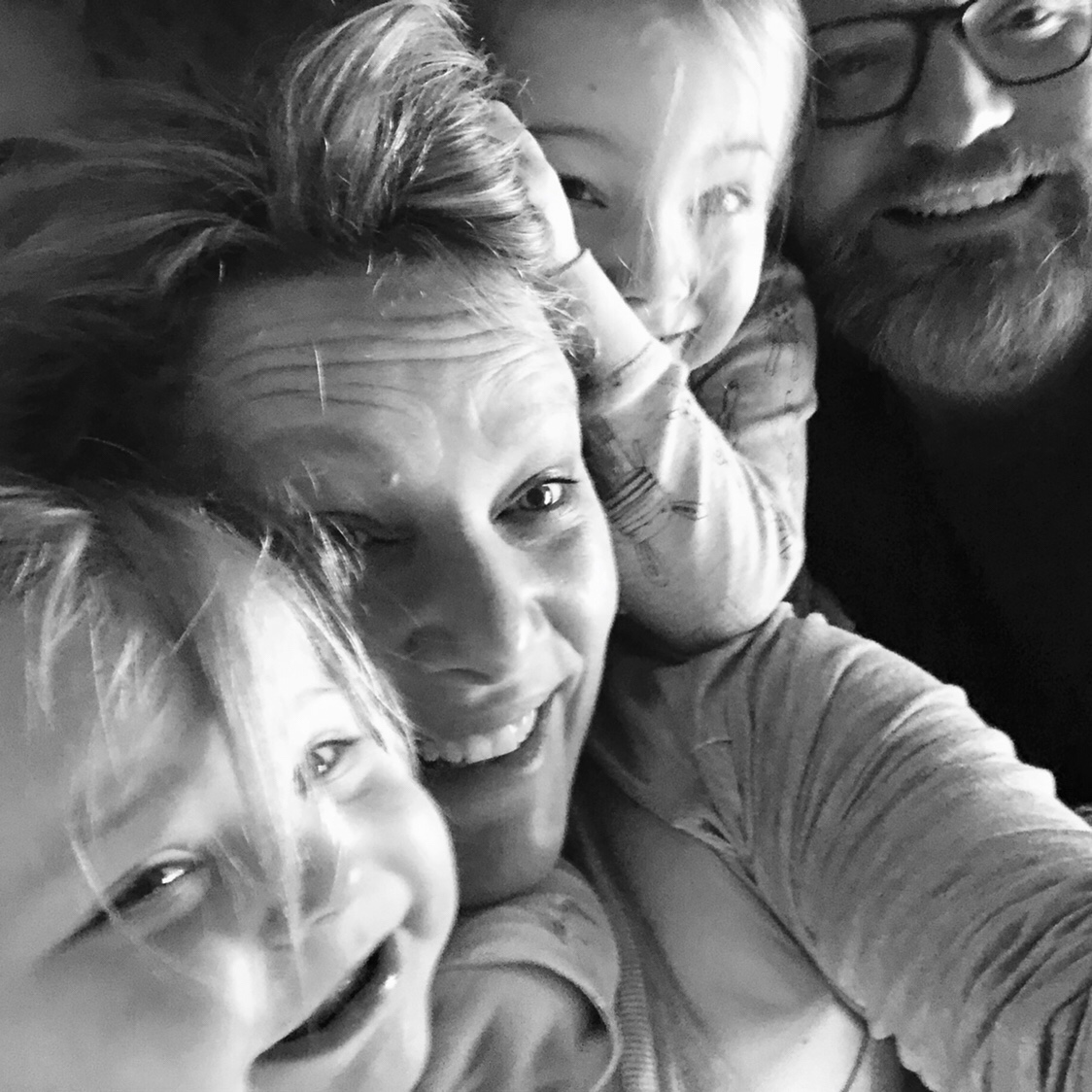