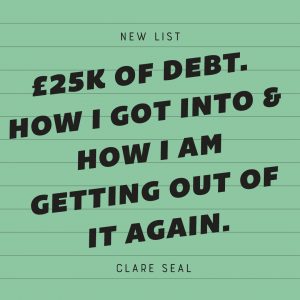 Originally posted in May 2019 this list from @myfrugalyear was anonymous. Since then its author Clare Seal has not only gone public, she has written a best selling book ‘Real Life Money’ and her page continues to document both her journey out of debt but also open up honest conversations about financial wellbeing.